Top Five Items to Keep Out of Your Septic System Although there are plenty of other places to dispose of trash within the home, sometimes people simply choose to utilize their toilet or garbage disposal for items that don’t belong in these pieces of equipment – may put the septic system in danger. Sure, a toilet is designed to process and dispose of certain things – bodily waste, specific paper products the occasional spider wadded up inside of toilet paper, but there are items that some people flush that can do much more harm than good. This is also true for the garbage disposal, though the items that people put through this machine tend to be much safer for the system overall than the ones they throw into the toilet.

You may think that “if it flushes, it’s fine”, but this isn’t the case, even for things that may be marketed as safe to flush as a means of disposal. It’s important to think of your toilet and the connected septic system as a small-scale sewage treatment system that is localized to your home when you’re deciding whether or not to throw something into the toilet and press that lever – and this is true for many reasons.

What is a septic system? 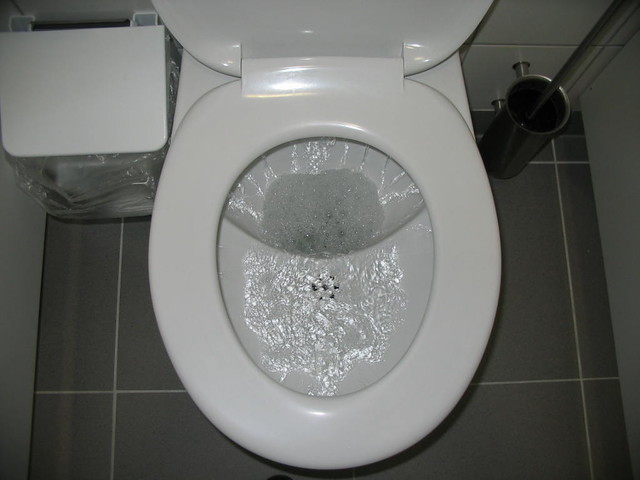 As mentioned earlier, a septic system within the home acts as a waste disposal system that processes and eliminates wastewater from the home. This means that if you own a home that features and anaerobic or an aerobic septic system, you’re not relying on your city or town’s sewer system to carry water away and treat it.

Like all other systems and components of the home, a septic tank system has many moving parts and features, and in order to function optimally, it needs to be maintained properly. The goal of this system is use air and or movement along with natural bacterias to treat household sewage, turning it back into groundwater before it is safely – and completely – released into the environment. The best way to know whether or not this system is fully functional is to rely on the services of a septic tank inspector, who can (and will) provide you with a detailed septic tank inspection report after each visit.

Along with telling homeowners like you about the state of your septic system, this inspector will also be able to provide you tips about the things that can, cannot and should not be introduced to this septic system via a single, simple flush.

The more you know about the system and how it should function, the less likely you are to experience problems like braking, clogging or backups into the home… which will require costly repairs and mean a lot of time and aggravation for you. While there are many things that commonly get put into the septic system that can cause issues, some of the most common are things that people may not think twice about flushing – or putting through the garbage disposal.

Here’s a list of the top five things you should avoid introducing into your home’s septic system:

There are options for the disposal of all of these products outside of the sink or toilet, and homeowners should consider using them. Though it may mean trash bags filling quickly, or the need for an empty jar to collect grease, in the long run, making these decisions will save you time, worry and likely a great deal of money, too. Keeping a septic system fully functional is not difficult or overly expensive – as long as you follow the recommendations of septic service professionals, but the moment you deviate from the plan, this may change. For people that have not been following recommendations and may have put things like this into their system? There are options. There are even septic-safe septic system treatment options available to those that need to reintroduce the good bacteria and eliminate some of the known issues, so don’t be afraid to ask what your options are.

For more information about caring for your home’s septic system, call Aeration Septic at (330)791-3226 to speak to a professional and schedule an in-home consultation. Aeration Septic Inc. (ASI) services, repairs and installs residential aeration systems in several counties throughout Ohio. Since 1989, our customers have trusted our quality service which is completed according to manufacturer specifications. We sell, service and maintain a wide selection of aerobic treatment systems.